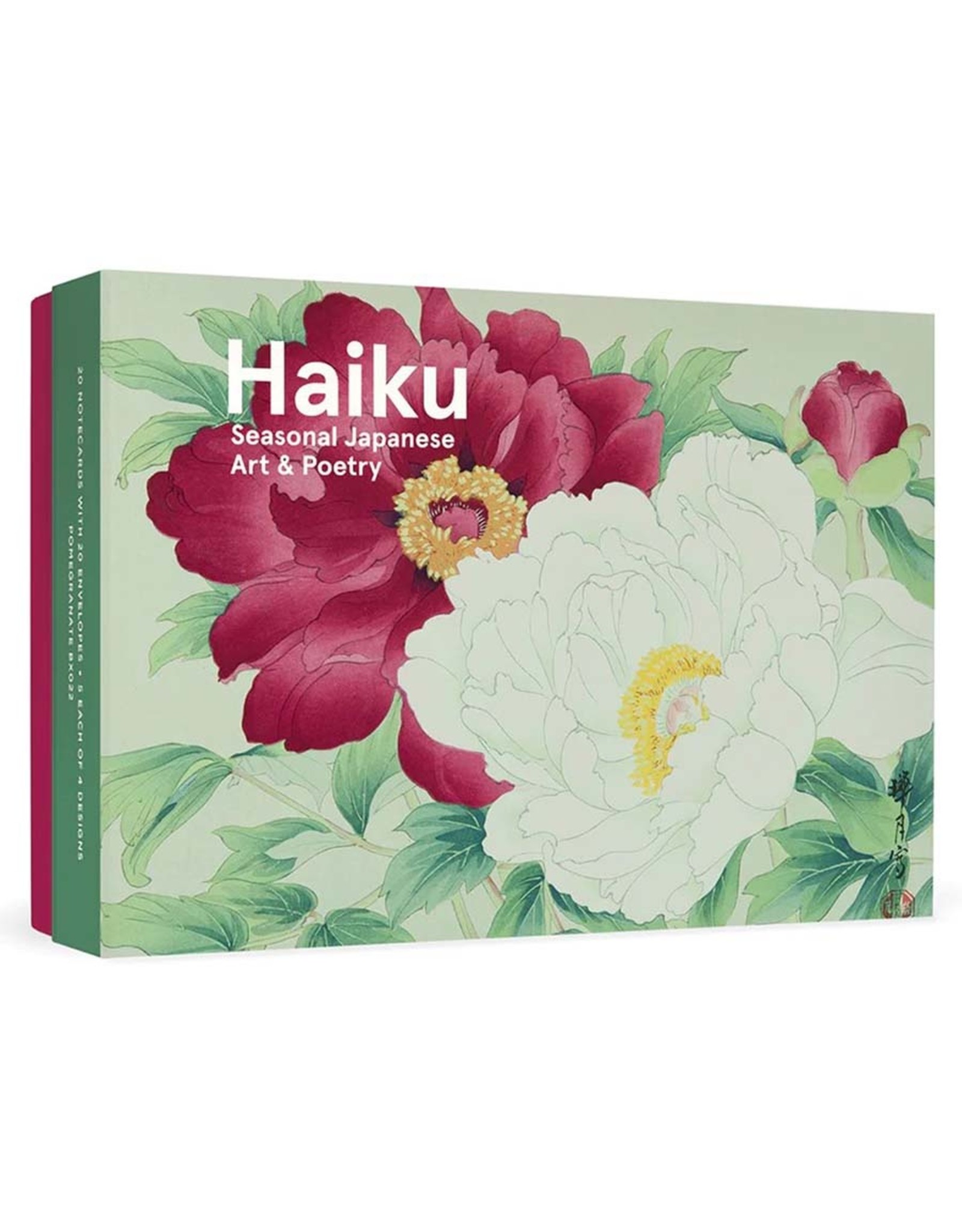 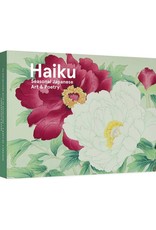 The roots of Japanese haiku reach back over a thousand years. In this poetic form, as in life, there is a pause, a shift, in which the poet celebrates sensory awareness of the season, perhaps suggested by the scent of peony blossoms or the silence of snow-covered tree limbs. The timeless appeal of this understated poetry may be the human desire to capture one’s impressions of a fleeting moment. Such seasonal allusions emphasize the essence of haiku: nature and its ephemeral beauty.

This boxed notecard assortment features four haiku paired with reproductions of exquisite Japanese woodcuts. Each poem is rendered in Japanese calligraphy, Romaji transliteration, and English translation. Contains five each of the following images: