The concept of streamlining has fascinated people for generations. Beginning in the 1930s and extending until the outbreak of the World War II, automotive designers embraced the challenge of styling and building truly streamlined cars that were fast and fuel-efficient. They were encouraged by the confluence of aircraft design with the sleek shapes of fast railroad locomotives; new advanced highways such as the Autobahns; and events like the 1939 New York City World’s Fair, which showcased futuristic design.

The Shape of Speed presents a select group of rare automobiles and motorcycles that demonstrate how auto designers translated the concept of aerodynamic efficiency into exciting machines that in many cases, looked as though they were moving while at rest.

Published on the occasion of ten years of the exhibition series. APEX is an ongoing series of exhibitions featuring emerging and established artists living in the Northwest.
Add to cart
Apex Catalogue
$15.00

In Passionate Pursuit: The Arlene and Harold Schnitzer Collection and Legacy is the first comprehensive publication to document the richly diverse collecting activity and profound impact of the cultural patronage of Portland’s most distinguished post-war
Add to cart
In Passionate Pursuit
$39.95

Assembled over the last four decades and still growing, the Mary and Cheney Cowles collection of Japanese art is one of the finest in private hands in North America.
Add to cart
Poetic Imaginations In Japanese Art Catalogue
$45.00 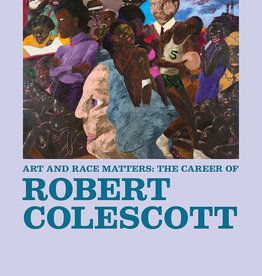 Robert Colescott (1925-2009) was a trailblazing artist, whose august career was as unique as his singular artistic style.
Add to cart
Art And Race Matters: The Career Of Robert Colescott
$60.00