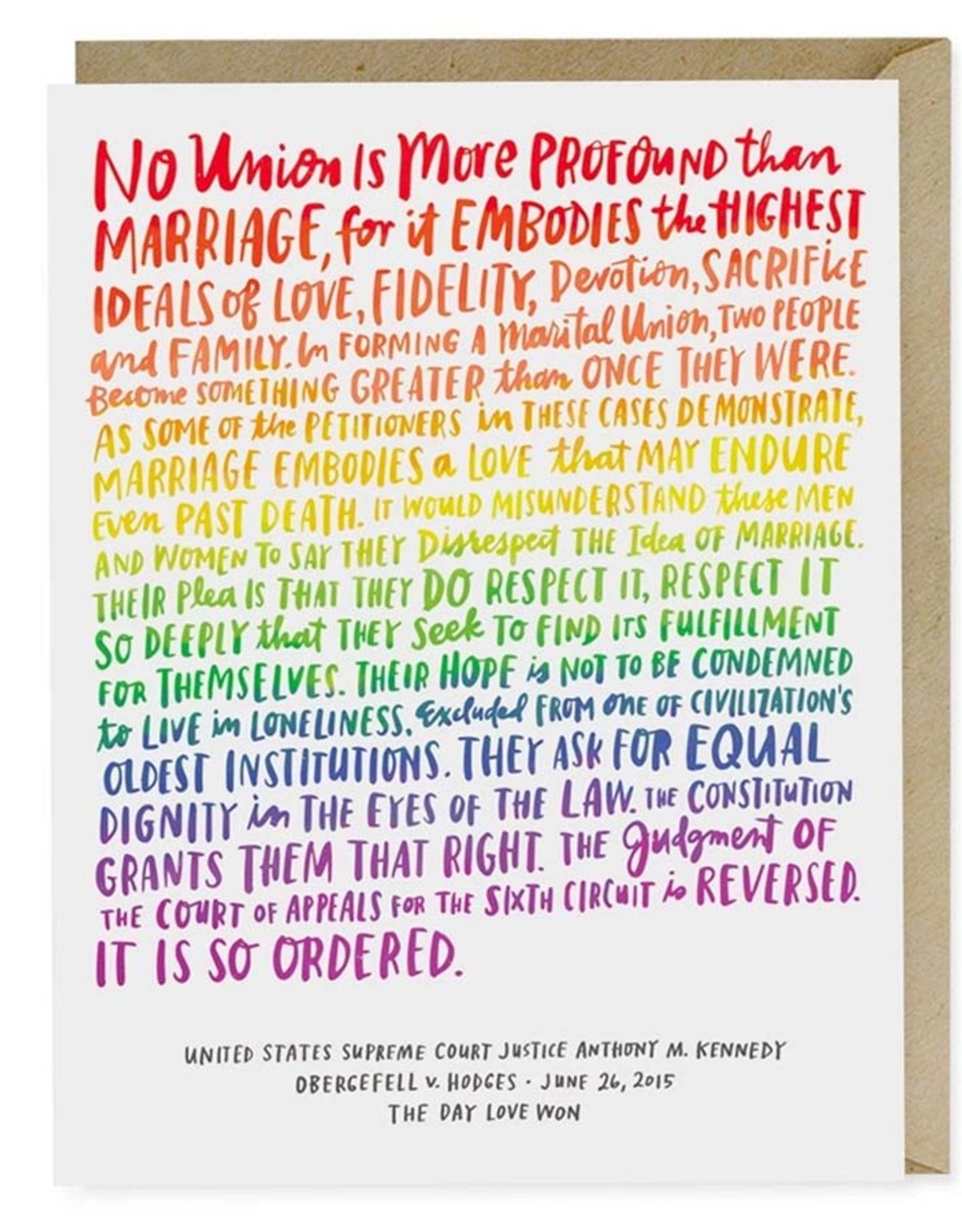 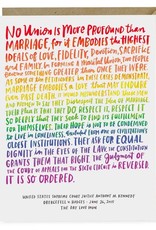 LOVE WINS! After decades of tireless activism and hard work by many, many people, on June 26, 2015, the United States Supreme Court ruled to legalize same-sex marriage nationwide.

No union is more profound than marriage, for it embodies the highest ideals of love, fidelity, devotion, sacrifice and family. In forming a marital union, two people become something greater than once they were. As some of the petitioners in these cases demonstrate, marriage embodies a love that may endure even past death. It would misunderstand these men and women to say they disrespect the idea of marriage. Their plea is that they do respect it, respect it so deeply that they seek to find its fulfillment for themselves. Their hope is not to be condemned to live in loneliness, excluded from one of civilization's oldest institutions. They ask for equal dignity in the eyes of the law. The constitution grants them that right. The judgment of the court appeals for the sixth circuit is reversed. It is so ordered.

We're biased, but we think this makes an awesome wedding card.